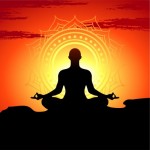 So, we’re at the fifth and final part of my series of yoga myth articles (emotional isn’t it?)

The last myth I plan to dispel is one I could ramble on about forever, but I’ll try to keep it pretty succinct. This is an excuse I’ve heard several times before… yoga.is.boring.

Yes, I can hear the gasps from yogis around the globe from here, pretty unbelievable isn’t it?

But trust me, people really think it.

So allow me to go ahead and prove them all wrong…

There are many different types of Yoga

Firstly, yoga is a million different things, defining it as ‘boring’ is like defining music as terrible, or art as ugly. After all, yoga is not a simple concept, it has so many different layers, which I shall explore.

There are many different types of yoga:

Hatha yoga uses the body as a tool or vehicle.

In traditional yogic philosophies it develops the body’s potential so that it can withstand the onslaught of realisation, In contemporary Western yoga, it is simply a practice focused mainly on the body.

Ashtanga yoga is the eight-fold path of yoga defined by Patanjali in the ‘sutras’, practiced physically as a series of postures deeply integrated with the breath in a flowing motion.

Iyengar yoga (developed by BKS Iyengar) is a form of hatha yoga which uses props (such as belts, blocks, bolsters) to aid the physical practice of yoga. It focuses on the correct alignment and posture in a pose in order to help the body develop in a healthy way.

Kundalini yoga is a spiritual, mental and physical discipline which is deeply rooted in meditative techniques. This is probably the most dissimilar to the other forms.

Each method of yoga is unique in its own form, and though they may have some similarities, they are all distinctive in their own right. So if you don’t get along with one method, the chances are that you will find another to meet your taste.

Learning about yoga is endless

Secondly, learning about the philosophies of yoga is endless.

There is a history which dates back 5000 years to learn about, and so many different aspects.

It is a common belief that yoga has existed for a long time, but Patanjali was the first to create written documents of this. We don’t know if Patanjali was a man, a woman or a group of scholars, that’s how old it is! But whoever it was, they wrote ‘the Sutras.’

Sutra literally means ‘thread’, but within this book they have a wider meaning.

Each sutra is a short, concise section of writing which is easy to memorize, which defines a particular thought of a certain philosophy or school.

Patanjali divided his Sutras into four chapters, one of which discusses the famous ‘8 limbs of yoga’. These 8 limbs are guidelines to a learner to move through each one to achieve the goal.

Samadhi is the goal to all yoga, and Patanjali says that the ultimate aim is liberation.

The other 7 limbs are working towards this. We may never get there, but I’ve kind of resigned myself to that — which is not to say I’m a quitter…. just enjoying the journey.

So yoga is not just an exercise, not just an activity, nor is it just a meditation technique or a method of concentration or breathing technique. It is a mixture of all of this, so there’s something there for everyone!

Told you so! And that is just the tip of the iceberg.

What’s in it for you?

In this day and age when we undertake an activity or hobby we often want to know what is in it for us.

That’s the nature of today’s world.

We live in quite a selfish society. Maybe selfish isn’t the correct word because it sounds quite accusatory but it’s not necessarily a bad thing.

Awareness of self is so apparent in yoga, that the more aware we are of ourselves, the more aware of others we can become, bringing us closer to a harmonious world.

Of course we mustn’t forget that one key aspect of yoga is dissolving the ego and almost dropping our ‘self’, but whilst that is important, we should transfer our awareness inwards rather than an outwardly perspective (concerned about what the world sees in you).

Due to the nature of our existence, in modern society we generally all like to learn about ourselves (what’s boring about that, huh?).

I can vouch for the fact that some of the most interesting parts of my yoga teacher training were the classes in which we learned about the 8 limbs, particularly the Yamas and Niyamas and using exercises to see how I could apply them in my own life. This is because things become clearer, more applicable and relevant when we relate them to our own lives.

In the same way that many people like to take those personality/love/money questionnaires provided in magazines.

I’m not exactly equating yoga with a cosmopolitan quiz (particularly the multiple choice answer ones, which assume there are only three ways to act in any given situation) but it helps us in the same way to learn about ourselves, bring our awareness inwards and create a positive focus towards how we can move forwards to what we want and need — whether it be health, positivity, awareness of others or simple contentment.

The benefits of yoga

With yoga comes a certain amount of stillness.

To many people, it’s the stillness that gets equated with boredom.

It is difficult in such a modern fast-paced world for many of us to just stop, and stay in a pose for a certain amount of time.

For example, I have, in the past, found myself moving into triangle pose for a couple of breaths then thinking ‘that’ll do’, and moving on. The more and more I do this, the less I benefit from my practice.

What is it about motionless that we find so difficult, and why are certain schools of yoga so insistent upon this?

It is hyperactive, impatient or “on-the-go” people (in ayurveda- the pitta and vata people), people who like to get things done quickly and efficiently who will benefit from this stillness. It is precisely these people who need the motionless, in order to create a balance in their lives. If they find this boring, they need to confront this boredom.

In fact, if these over-stimulated people engage in a dynamic free-flowing quick form of yoga, this may be counterproductive and result in injury.

This stillness that yoga encourages is strongly linked to mental and physical well-being.

Everything that we love in life:

all these things are produced over a long period of time.

They don’t appear without tedious work and yes, it can sometimes be boring, but the regular development and practice of these things help us to enjoy the journey as well as the outcome and become accustomed to the practice. None of these can be achieved through passion or love alone, but the love is tested during the tedious moments.

Many yoga practitioners and even teachers find the motionless of the body challenging because it exposes the lack of stillness in the mind. But if we hold onto our determination and resolve to enjoy and experience this stillness, we will notice the effect it has on the body and mind without judgment.

With yoga we can change, improve and satisfy our restless minds.

With yoga we can create a healthy body, feel good, and defy health problems we thought would never decrease. We can build a positive physicality to enhance our mental well-being.

With yoga we can create stillness, a calm and tranquil ambiance within ourselves.

With yoga we can learn to love ourselves and be at peace with ourselves, thus we can create a more positive outlook towards others leading to a harmonious relationships and openness. We can learn the 5000-year history of the ancient gurus, sages and swamis who began the yogic philosophies.

There are so many components making up yoga which are so different, there is something in yoga for everyone, whether you want physical health, mental health, spirituality, self-improvement, some mental calm or just to have fun.

How can that be boring?