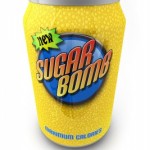 Energy drinks are certainly all the Rave — but are they really healthy for you or are they dangerous for you and your children?

Walk into any grocery or convenience store and you’ll find them lining the shelves in a variety of names, Monster, Rock Star, Red Bull, just to name a few.

Today the world drinks more than 900,000,000 gallons of these energy drinks, according to Dr. Needles Medical Blog.

We all need a little pick me up sometimes, right?

But at what cost are we willing to pay.

Are these energy drinks that are all the rave really safe for you? What about our children? Can their young, growing bodies handle the surge of sugar and caffeine?

Energy Drinks and Their Ingredients

It is what’s inside an energy drink that makes you feel more awake and alert.

Look at the list of ingredients, typically you’ll see high amounts of both sugar and caffeine combined with other herbal supplements such as Guarana and other natural stimulants.

Many of the herbal supplements in these drinks may amply the affects of the caffeine, especially in children.

What’s more, according to Dr. Needles, caffeine should not be given to children under the age of 12, and certainly no more than 100 mg every 3 to 4 hours. For example, No-doze tablets contain 100 mg of caffeine and warning labels are required.

I find this incredible! It surely got me thinking about how often I personally drink energy drinks!

Oh, don’t even get me started on this one! I could write a whole book on the dangers of aspartame! The FDA has identified almost 100 “symptoms” associated with aspartame toxicity and the side effects of aspartame.

To read further about the dangers and side effects of aspartame, visit this website.  So don’t think that you are out of the woods, sugar wise, by drinking the “diet” version of an energy drink.

Let’s look at those who claim that they include all natural herbal supplements.

Why then are these drinks unsafe, especially for children?

While herbal supplements are relatively safe and effective for use, there are some that produce different effects on the body depending on whether it is a synthetic or natural form of the supplement.

For example, Taurine is a free form amino acid associated with the constriction of muscles and with the nervous system.

Synthetic taurine, Dr. Needles says, is implicated in high blood pressure, strokes, seizures, heart disease, and has been accused of having a sedative effect on the brain.

Additionally, it has a stimulating effect on the central nervous system that’s very unnatural.

Think about the implications of what this is saying.

The Taurine in the majority of energy drinks may cause the muscles of your heart to contract.

And with many of these drinks containing almost 10 times the acceptable limit, it’s no wonder how many young adults are finding themselves in the emergency rooms with heart palpitations and other heart relate incidents.

While these energy drinks may have varying effects upon the physical body, I looked around the internet and here are some of the more severe repercussions in young teens and adults, according to www.energyfiend.com:

Dakota Sailor came home from school and decided he would throw back not one, but two cans of NOS Energy Drink. That is the last thing he remembers as his parents found him unconscious on the sofa aspirating.

He was rushed to the hospital and recovered a few days later.

Another site states that:

Four teenagers from Falcon Cove Middle School in Weston were taken to a hospital emergency room this month, their hearts racing and bodies dripping with sweat.

And the LA Times reports that a recent three-year study of calls to a Chicago poison center found more than 250 cases of caffeine-supplement overdose, with 12% of those requiring hospitalization. Nearly two-thirds of the hospitalizations involved the intensive care unit. Symptoms included insomnia, palpitations, tremors, sweating, nausea, vomiting, diarrhea and chest pains.

The average age of patients was 21.

Nine cases requiring hospitalization related to this specific drink were reported in the California Poison Control System database in a two-year period, with severe symptoms involved.

These are staggering reactions to something which has been marketed as something that is “good” for us!

So, what is once to do to help increase your awareness or energy on a natural level? Often times there are very specific reasons why someone might reach for an energy drink.

We live in a fast paced society.

Stress becomes a key factor and we must learn how to reduce stress and it’s effects upon the body.

Adrenal glands become overtaxed, the thyroid begins to malfunction, our pancreas is over stimulated and yet our first reaction is to reach for a quick fix which only puts the body under more stress.

Meditation is a key factor in helping the body to relax and to reduce the levels of stress. Another great alternative method of stress reduction and relaxation is offering to Self Reiki treatments.

We become stressed through the disconnection of Source/Creator.

Let us learn to become self aware of what the body is trying to communicate to us. Let’s learn to tune into taking responsibility for our choices.

Tune in, show up and always be in choice.

Choose to love your body, honor your body it is the only one you will have in this life!

Tami MacDowell is a teacher & facilitator of self-mastery and empowerment. For more information you can click the link to her website. She also publishes content and upcoming events on her Reiki blog.