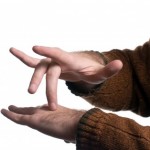 These pathways, or channels, can be accessed when specific locations on the body are stimulated.

These points are often referred to as acupoints.

Acupuncture stimulates acupoints by using needles to release stagnant energy and to re-balance the system.

EFT has been referred to as “emotional acupuncture” or “mindful acupressure.”

Emotions have an energy to them and when we release uncomfortable emotions — our energy changes.

It is no secret that our body, mind, and emotions are intimately connected.

When we apply EFT to something that is wrong with us – our thoughts, our feelings, and our bodily responses seem to shift.

Interestingly, EFT also has an effect on the brain. Brain scans, including MRIs, have shown that stimulation of acupoints, as is done with EFT tapping, sends signals directly into the “survival” parts of the brain.

This is the part of the brain where the fight-or-flight part reflex come from. Rational language centers do not communicate with this area of the brain and so words alone cannot activate this brain center.

Some experts suggest that the EFT process reaches the survival-instinct mechanism of the brain and helps to reprogram our reactions at that fundamental level.

In Part 2 we will explore an overview of the EFT Tapping Technique currently favored by the majority of EFT Practitioners around the world.

Monika Benoit is a Holistic Health Practitioner specializing in the application of Emotional Freedom Technique (EFT). Monika wants to help you move forward with your goals, and to help you overcome any and every block to your success. Download your FREE copy of "Getting Results with EFT" and enter a drawing to win a free EFT coaching session by visiting her website today.