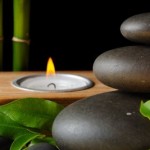 I grew up in New England, which is known for cold and snowy winters.

When I was a kid, my mom always made sure I was bundled up before going outside to play in the snow.

Her reasoning was that I’d get sick if I got cold, and sending me outdoors looking like a large ball of yarn was the sure antidote.

While scientists haven’t been able to prove that getting chilled will make you get sick, the stress on your body of being cold can lower your resistance to getting the colds and flu that are going around.

The Chinese have a different take on the cold, however, in that cold can actually make you sick and cause pain.

One of the foundations of Chinese medicine is the idea of movement, or flow — whether it’s the flow of energy or blood, the course of food through your digestive system, the movement of your muscles, or the smooth flow of your emotions.

When this flow is interrupted, stagnation occurs, causing physical symptoms.

Much like a traffic jam on a busy highway, stagnation in your body can be the cause of pain, tight muscles, indigestion, and even depression.

How does cold play a role?

Well, if you think about it, the nature of cold is to stagnate.

When it gets cold here in the north, the rivers and streams freeze, effectively stopping the flow for the duration of the winter. This is true in your body, too. When you are chronically cold, it can cause your energy to stagnate and make your body seize up.

Jane is a patient I had seen last winter and spring for facial pain, called Trigeminal Neuralgia. I had not seen her for awhile because the acupuncture treatments she had undergone were working.

However, Jane came back to see me in November because the pain was back and had been worse since the cold weather set in.

Angela came to see me about a few years ago for something called Bell’s palsy, which is a loss of nerve and muscle function in one side of her face, causing it to droop.

Most people with Bell’s palsy recover after a couple of months, but Angela’s symptoms had been dragging on for years.

In talking with Angela about her lifestyle and environment, she shared that she worked in a drafty and cold office in the basement of an older building—essentially that she was always cold.

Joel, a man in his mid sixties came to me for relief from arthritis pain in his hands. Interestingly, his arthritis always bothers him the most in the colder winter months.

I instructed Jane, Angela, and Joel to keep warm, stay covered up when going outside, and to apply warmth at home, especially when their pain is acting up.

Thousands of years ago, the ancient Chinese developed a kind of heat therapy in the form of moxabustion (or moxa), which is still in use today.

Moxa is a way of warming parts of your body by applying burning herbs (Artemisia) near the painful areas.

This actually feels really good – the heat is very penetrating and therapeutic.

Unfortunately, the downside of using moxa in the clinic is that it smells remarkably like… um, marijuana, so it can be problematic using it in a busy business office.

In the clinic a good substitute is a far infrared lamp, which offers the same penetrating and therapeutic heat of moxabustion.

Many health care providers will tell you to apply ice to any painful area, which is good advice for the first day or two of a traumatic injury to keep the swelling down.

But after that if there are no visible signs of inflammation I’ll go with the heat.

Lynn Jaffee is a licensed acupuncturist practicing in St. Louis Park, MN. She is also the author of the book, "Simple Steps: The Chinese Way to Better Health." For more information and articles, please check out her clinic site or her blog.