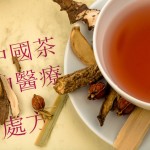 Jade Windscreen Formula, known in China as Yu Ping Feng San, is a classic formula estimated to be around 800 years old.

While it has mainly been used for the prevention of colds (Wind-Cold invasion), research in recent years has shown it has a wider therapeutic range.

The actions of this formula, according to Chinese medical pattern differentiation are:

This formula is appropriate for patients manifesting symptoms of spontaneous or profuse sweating, catch frequent colds or viral/bacterial infections, have an aversion to cold/wind, have scanty urine, and a pale or sallow complexion.

This is a constitutional type known as Qi Deficiency.

A person diagnosed with Qi Deficiency is unable to prevent exterior evils (known as Outside Pernicious Influences, or OPIs) from entering the skin and muscle layers, where wind and damp can accumulate. This sets up a chronic issue with Cold, Wind, and Dampness invading the exterior parts of the body (head, neck, face, skin and muscle tissue).

The most common uses for Jade Windscreen Formula nowadays are for treating allergies (hay fever, allergic rhinitis, seasonal allergies) and the prevention of colds (note: once a pathogen has entered the exterior, this formula is no longer appropriate as it may bring the pathogen deeper into the body, making it more difficult to release).

Like most Chinese herbal formulas, it is designed to treat the root condition (Wei Qi deficiency) and is used mainly as a preventive in treating allergies.

An allergic response, in Western medicine, is described as a sign of a hyperactive immune system. The term “hyperactive” connotes excess but a more accurate description would be “over-reactive.” The “over-reaction” is a result not of excess, but rather one of over-stimulation of the immune system, which, over time, breaks down the body’s defenses (Wei Qi). This breakdown causes hypersensitivity to stimuli (pollen, dust, etc.) and looks like an excess because of the symptoms the patient manifests.

What actually happens, according to Chinese medical theory, is that the Zheng qi (True Qi) and possibly the Wei Qi (Defensive Qi) have broken down.

The origin of the weakness may come from:

Jade Windscreen can also be used to treat asthma (in children and adults), especially during the remission stage.

There are many possible patterns of differentiation in Chinese medical diagnosis, but the Qi deficient constitution is present. Jade Windscreen can strengthen the Wei Qi and consolidate the exterior to prevent the invasion of exterior wind, cold, heat, and damp, which may trigger an asthmatic reaction. It also strengthens Lung Qi, which is often weakened by chronic asthma, thus reducing the number of flare-ups and the need for bronchial dilators.

The formula should be augmented according to the pattern diagnosis of each patient to bring about the desired therapeutic effect.

In a review of Jade Windscreen’s pharmacological effects in relation to the immune system, it is evident that the prescription could not only affect immunoglobulins, but also mononuclear macrophages, T-lymphocytes, natural killer cells, and other aspects of the immune system damaged by experimental interventions. Reviews of clinical applications of Jade Windscreen Powder published in 1989 and 1992 indicated the following uses:

Overall, Jade Windscreen is a simple and remarkable formula containing herbs that augment the immune system in various ways and is able to dispel pathogens from the exterior levels of the body.

It is recognized for its applications beyond the prevention of colds and treatment of asthma:

Denise Thunderhawk, L. Ac., Dipl. Ac., is a Licensed Acupuncturist and Board Certified Diplomate in Acupuncture (NCCAOM). She has a personal background in alternative medicine of over 20 years, and has researched and written extensively on various modes of alternative medicine: Oriental medicine, Naturopathy, Homeopathy, Chinese and Western herbology, nutrition, supplements, etc. For more information please visit her website today.