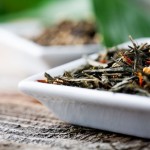 Ancient medicine is often overlooked these days in favor of modern pharmaceuticals.

But did you know that humans have been effectively treating ailments with herbs for centuries? And actually, some studies have suggested that as many as 10% of patients may be unresponsive to modern pharmaceutical drugs.

Additionally, many remedies rooted in ancient medicine have been proven by science to be effective at healing.

A brief history of herbal healing

People all over the world, and particularly in China, have seemingly always used herbal remedies to heal themselves and one another.

The first historically recognized account of a Chinese herbalist is the story of “the Divine Farmer.” The Divine Farmer was a god-like being who experimented with hundreds of herbs and recorded his wisdom in a book that details the properties of 365 different species of plants and herbs.

Though it is often referred to as herbology, traditional Chinese medicine actually uses mineral and animal substances along with herbs. This medicine is traditionally based on theories relating to maintaining balance, for instance the balance between hot and cold, or dryness and moisture.

“Yin” and “Yang,” along with “Qi” are terms commonly associated with Chinese medicine.

The following are four interesting herbs – all starting with the letter “G” – used in ancient Chinese medicine and their applications:

Ginger root is considered to be one of the most accessible and widely used natural remedies in the world.

It is a tropical plant that was introduced to Europeans by traders from the Middle East. Ginger is famously effective and useful as a remedy for people who have gastrointestinal problems. It can help remove intestinal gas and help calm an upset intestinal tract. There is also some research that shows ginger to have some antioxidant properties that make it a natural anti-inflammatory. These problems can help ameliorate some of the painful symptoms of arthritis by helping quell pain and reduce swelling.

Ginger can be eaten or brewed and drank as ginger tea.

If you need a boost, ginseng may be the right herbal remedy for you. Ginseng is known to lend strength to the Central Nervous System, protect against illness and injury, battle fatigue, and help provide relief for emotional stress.

Many different types of people can benefit from the use of ginseng including serious athletes, the elderly, and even people who need a little encouragement in the bedroom. Ginseng tonic is often taken by those who want to remain sexually active into old age. It is believed to alleviate erectile dysfunction and possibly work as an aphrodisiac.

Other medicinal uses attributed to ginseng include:

Consuming green tea is an inextricable part of Chinese culture and medicine.

Green tea comes from the plant Camilla Sinesis and is the least oxidized form of tea. Because it is less processed than other forms of tea, it is believed to have some of the most potent health benefits. Green tea has health-boosting antioxidants and polyphenols, which have anti-carcinogenic and anti-inflammatory properties.

It can be used as a weight loss aid, to help regulate body temperature, and can even be applied topically to help heal wounds. Green tea may even reduce the risk of cardiovascular disease and there may be a link between consuming green tea regularly and having a reduced risk of developing Type II Diabetes.

Ginkgo has been used in Chinese culture as a source of food and medicine for centuries and it is one of the oldest plant species known to man.

Ginkgo is also widely known as an herbal supplement that can help strengthen brain functions like memory as you age. As with many other herbs used by ancient cultures Ginkgo also possesses antioxidant properties that act as an anti-inflammatory. Ginkgo is also used to treat some neurological disorders as well that include schizophrenia, dementia and extreme anxiety.

However, people taking blood thinner medication should pay careful attention to their use of ginkgo and consult their doctor.

Before you run to the drugstore the next time you feel ill, consider how Chinese herbs may be able to help you.

After all, remedies like these have been used for thousands of years!

Lauren Hill has a passion for fitting alternative medicine in to the everyday life of her family. For this reason, she enjoys researching and writing for Solstice Medicine.