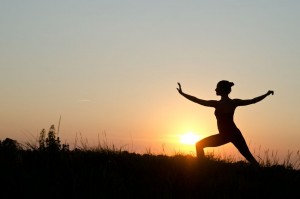 Legend has it that after a Shaolin monk witnessed a fight between a crane and snake he began to develop this martial art’s circular movements based on how the crane defended itself with its wings.

Today, Tai Chi is often described as a form of “moving meditation,” and with good reason.

Studies have shown that it is extremely effective at relaxing the body and mind. But what studies are now beginning to show is that the benefits of Tai Chi don’t just stop there and have been proven to significantly better the well-being of those diagnosed with serious medical conditions.

Tai Chi is a low impact form of exercise with slow, circular movements that are performed without stopping.

Every morning in China you can see large groups of people of all ages coming together outside to practice this martial art now better known for its health benefits and as an alternative form of physical therapy for all kinds of health conditions.

Due to its slow, non-forceful movements Tai Chi is a great form of exercise for arthritis sufferers.

The movements are slow and circular, your muscles should always be relaxed and never tense and the joints are never overly extended. All this has been proven to reduce pain and inflammation as well as increase flexibility and even improve mood.

Because of its calm and relaxing nature as well as its reputation for combating stress, studies were done regarding Tai Chi and how it affects high blood pressure.

Tai Chi has proven itself to lower blood pressure in hypertensive patients at least to some degree, and should definitely be considered for those people who are suffering with stress related hypertension.

Tai Chi’s slow coordinated movements are ideal for those afflicted with Parkinson’s disease, and results are in showing it to be an even more effective form of therapy than traditional stretching exercises.

Sufferers have shown significant improvement in balance and range of motion after only a few weeks of practice.

Many believe that the center of attention in Tai Chi is the movements.

But the same amount of attention, if not more so, is paid on the accompanying breathing coordinated with said movements. Tai Chi has proven itself once again to be an ideal therapy, this time in the case of asthma.

Its focus on controlling and coordinating the breath has made it an ideal, natural choice for help with controlling asthma and in improving overall pulmonary function.

The research is out.

And doctors agree that Tai Chi, in combination with modern medical treatments, is considered to be a significant form of therapy for many serious health conditions as well as just aging in general.

While it may not turn you into the next Bruce Lee, although he did learn some Tai Chi from his father, it will definitely contribute to making you an over all healthier and happier person.