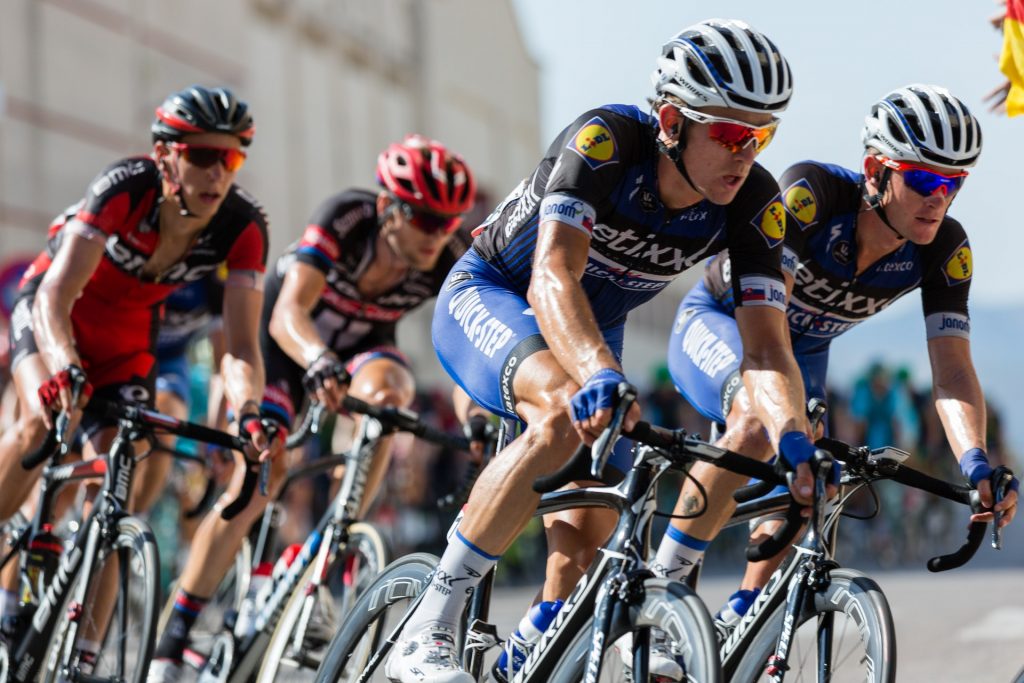 No Muscle Burn After Workouts

In 2012, the unexpected results of an experiment known as the Baati rat study brought C60 to the public’s attention. Given to laboratory rats in amounts thought to be fatal, the rats instead lived 90% longer¹. When news of the rats’ extended lifespan spread, people began experimenting with C60 using the formula from the Baati rat study.

In 2014, C60’s unexpected effects on workouts were posted on www.longecity.org, a forum dedicated to longevity and health,.

…I can use this phrase to characterize my workouts on C60 so far: There is no burn! I haven’t tried any aerobic workouts yet but my anaerobic workouts have become effortless. The first one was at about 2pm that afternoon (90-degree heat) while test riding Trek road bikes. I noticed that I could peddle at maximum effort without feeling any burn and I literally got bored of peddling with max effort before I got tired (I didn’t know this could happen).

However, I still got tired, because when I took the second bike (a much lighter bike) out for a ride, I couldn’t put forth the same effort (Still no burn). I attribute the effect of the lost power on the second ride to the amount of water I lost on the first ride. The second workout was 5 sets of push-ups done about 26 hours after the C60 dose.

During this workout, I normally do these with maximum intensity and speed while feeling the burn starting at the end of the first set. This burn then persists midway through the second set and again a few repetitions into the 3rd set making the last two sets absolutely hell, with speed and intensity dropping off rapidly in the middle of the 3rd and throughout 4th set.

During today’s push-ups, I did the fifth set with the same intensity and speed as the first set while increasing the amount of reps in each set by 50% over the last time I did push-ups two weeks ago, (there was still no burn!) on top of that I felt like I could have done another 5 sets, because I wasn’t tired afterward…

I have had the same result, and have been taking C60 for some months now. However, if you are lifting heavy weights, the lack of a burn is problematic, as it is a warning signal not to over-exert yourself.

I got myself into trouble, as I found I could do high reps of very heavy weights, with no burn…..I just reached a point where I could no longer lift the weight…..but no pain………and I really enjoyed this…and ended up with an irritated tendon in my arm, which took over 9 months to get back to normal. I now do much shorter sets.

. …Bioactive soluble carbon nanostructures, such as the C 60 fullerene can bond with up to six electrons, thus serving by a powerful scavenger of reactive oxygen species [ROS] similarly to many natural antioxidants, widely used to decrease the muscle fatigue effects.

Skeletal muscle fatigue is the defense mechanism against overload and leads to the development of painful muscle sensitivity. Muscle fatigue develops after physical activities of varying intensities and often leads to acute pain, which can then lead to various chronic disease states.

Muscle fatigue is a result of the products of incomplete oxygen oxidation, such as reactive oxygen species (ROS), including peroxides, free radicals, and oxygen ions. The excessive accumulation of ROS (oxidative stress) can lead to significant functional changes due to damage to different cell component.

C60’s unexpected elimination of muscle fatigue was an early indicator of C60’s effects, in addition to extending lifespan. Those taking C60, however, in its present form were not aware that mixing C60 in oils significantly reduces C60’s antioxidant properties.

The high concentration of C60 in the Baati rat study, i.e. 80mg of C60 in 100ml of olive oil, causes C60 molecules to cluster and clump; and to be fully bioavailable as an antioxidant, C60 must be dissolved.

As noted by the Baati researchers: C60 is active only in soluble form and C60’s solubility in vegetable oils not high.…It is to be stressed that dissolved C60 appears hundred times more active than when it is in suspension [in oil]. In fact, the action of soluble C60 is immediate while that of suspended C60 is delayed because it has to be dissolved to act. …there was no correlation between the degree of protection and the number of C60 clusters suggesting that C60 is active only in a soluble form¹.

Dissolving C60, however, is not easy, at least safely. It does not dissolve in water. Its solubility in oil is poor and the industrial solvents used to dissolve C60 are extremely dangerous.

In January 2018, Marshall Thurber was sent a bottle of C60 with the note, ‘This may be a gift from Bucky from the past”. Marshall had studied with Buckminster Fuller who had predicted the existence of then-undiscovered molecule in a conversation with Marshall, saying “This molecule has to exist. It is the strongest and lightest molecule in existence and someday will be used in medicine”.

The day after Marshall took C60, the constant pain from two knee surgeries disappeared. He immediately sent C60 to Martha Schoon who had a painful hip condition. Martha had met Bucky at Marshall’s Burklyn Business School in 1981; where Robert Kiyosaki, author of Rich Dad, Poor Dad, had his life-changing conversation with Bucky.

When Martha’s pain also vanished, Marshall assembled a team to investigate C60. Unbeknownst to Marshall and Martha, however, the C60 they were taking was unlike most C60 products. It was mixed in sunflower oil and not made according to the Baati rat study formula—and there was no indication how much C60 was in each bottle.

When Marshall sent the C60 to a laboratory to be tested, the laboratory found only trace amounts of C60. HPLC (High Performance Liquid Chromography) results for the sunflower oil from “X” company:

The laboratory suggested Marshall order C60 from “a reputable company”.. When Marshall did, however, his pain returned.. This was also Martha’s experience. Martha tried several C60 products with the same result—”All were good, but the pain always returned”.

QUESTION: How was a product with only trace amounts of C60 more effective than those with 1,000 times more?

After months of research, Marshall’s team found the answer. The scientists in the Baati rat study had used a high concentration of C60, 80mg per 100ml of oil, and, at high concentrations, C60’s effectiveness as an antioxidant is reduced.

…A study by Wang et al. (1999) found C 60 to be a powerful antioxidant, even more powerful than vitamin E. So far, high levels of C 60 have been investigated for oxidative potential; however, antioxidant properties may be observed only at very low concentrations⁴.

At high concentrations, C60 molecules agglomerate, i.e. cluster. One study noted that C60 clusters are excreted unused…the tendency for these organisms to filter and excrete carbon-based nanomaterials [C60] in an agglomerated state… larger agglomerates appeared to clump together in the excretion pellets as compared to the indicator microspheres which dispersed after excretion⁵.

How to maximize C60’s effects as an antioxidant’s came when Len Heflich joined Marshall’s team. Familiar with Bucky Fuller (he had a geodesic dome in his backyard), he also was a chemist with a background in food safety, After reviewing the research of the C60 team, he remembered a FDA-approved food-based solvent which might dissolve C60 clusters.

After adding the food-based solvent to the agglomerated clusters, the C60 dissolved into 100% fully bioactive molecules small enough to pass through cell walls; where they could neutralize hydroxyl radicals (ROS) associated with cancer, heart disease, respiratory illness, aging—and muscle burn..

Putting the C60 molecules on sublingual strips (a unique oral delivery system that could positively impact periodontal health as gum disease is marker for Alzheimer’s and other forms of dementia 6 ), on November 24, 2020, Len Heflich was granted a US patent for “Dissolved C60 and Method of Producing Dissolved C60”.

For more information on dissolved C60 and how to order, go www.dissolvedc60.com.