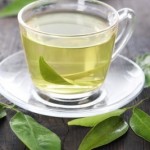 Camellia sinensis – also known as green tea – can be made into extracted forms to increase its potency and therapeutic effects.

An extract is made by extracting out the potent medicinal properties found in green tea and then encapsulating them into supplements.

So what health problems can green tea help you with?

The Health Benefits of Green Tea

There is an article from the “Mutation Research/Fundamental and Molecular Mechanisms of Mutagenesis” in 1998, discussing the benefits of green tea in cancer inhibition.

An article from the “Cancer letters” 2002 also found that drinking 10 cups of green tea is useful as well as supplementing with green tea tablets for cancer prevention.

In an article from “Cancer science” in 2005 they found that patients with stage 1, 2, and 3 breast cancer were taking in EGCG have found that increased consumption of green tea prior to clinical cancer onset is significantly associated with improved prognosis of stage I and II breast cancer, and this association may be related to a modifying effect of green tea on the clinical characteristics of the cancer.

However, no improvement in prognosis was observed in stage III breast cancer.

Green tea has shown benefits with inflammatory bowel disease by decreasing inflammation in the intestines.

An article in the “Journal of Nutrition” in 2001 found that green tea polyphenols inhibited inflammatory markers and found it useful in the treatment of inflammatory bowel disease.

Green tea has also been found to modify the intestinal bacterial population.

An article found in “Research in Microbiology” in 2006 found that the phenolic compounds in tea inhibited the growth of certain pathogenic bacteria in the intestines, while not affecting the beneficial bacteria such as lactobacillus.

Green tea has shown to have benefits in lowering cholesterol.

An article from the “British medical Journal” in 1995 found that there was epidemiological evidence that increased consumption of green tea decrease total cholesterol and triglyceride markers and increased the good cholesterol (HDL). The study also found that it improved liver function in the population which consumed green tea.

The reason green tea has shown benefits in cholesterol has been that it increases fecal bile acids and cholesterol excretion.

Green tea has shown to be useful in reducing dental cavities.

An article in the Caries Research in 1991 found that the phenolic compounds inhibited the attachment of bacteria that causes dental cavities on the teeth of rats.

Additionally, green tea has shown to be useful in arthritic conditions. An article from the “National Academy of Sciences” in 1999 found that green tea polyphenols reduced the expression of inflammatory mediators in mice.

Dr. Kin Yan Leung, B.Sc., N.D., CCT, CPCC completed his Bachelor of Science degree in Biology, followed by an intensive 4 year Naturopathic Doctor program at the Canadian College of Naturopathic Medicine. He has also received additional special training in clinical Oncology as an Oncology resident in at the Canadian College of Naturopathic Medicine.
Dr. Kin has obtained certification in facial rejuvenation and body sculpting (cosmetic) acupuncture, certified professional cancer coach, parenteral (intravenous) therapy, certified chelation therapy, Ozone and UVB, applied kinesiology and numerous other certifications.
You can contact Dr. Kin at 587-360-1100, or online at his website.