One of the common ingredients used in preservatives and food flavorings is Apple Cider Vinegar. It is also proven to benefit the health in many ways like reducing sugar, improving blood cholesterol and helps in weight management.

Apple Cider Vinegar, simply called ACV has proved to be an effective remedy for treating many serious ailments. It is truly a very inexpensive way of treatment, which can be accessed at home. It is a remedy that can be used by people of any age. There have been proofs that people have been using Apple Cider Vinegar for treating many ailments as it contains varied medicinal properties.

This article gives you an insight on the benefits of Apple Cider Vinegar and easy ways to use it at home.

Over-exercise and excessive stress leads to fatigue which is a situation of lactic acid build up in the body. The amino acids, enzymes, and potassium that are present in the Apple Cider Vinegar restore healthy levels of energy.

Adding just a tablespoon of ACV to a glass of water and drinking is an easy source of natural energy.

Apple Cider Vinegar contains pectin which helps in soothing intestinal spasms, making it an easy to lay on a remedy for diarrhea and an upset stomach. ACV also has many antibacterial properties. Just add 1or 2 tablespoons of Apple Cider Vinegar to any juice you are drinking.

Apple Cider Vinegar serves as a support for healthy weight maintenance. As ACV is linked in bringing down insulin and blood sugar, it can also help in the management of body weight.  A study also proves that vinegar intake increases satiety and makes you feel full, which intern reduces your urge to eat more. This aptly supports weight management of one’s body.

Add ¼ cup of Apple Cider Vinegar to an equal amount of water and use this as a gargle 2 to 3 times a day.

Apple Cider Vinegar is one of the best remedies to a stuffy nose as it aids in sinus drainage. Potassium that is present in the Apple Cider Vinegar thins the mucus, and acetic acid prevents the growth of germs which are the two main reasons for nasal congestion.

Mix a teaspoon of ACV to a glass of water and drink the solution to get rid of nasal congestion or sinus drainage.

Gets Rid of Dandruff

Apart from being one of the best remedies for many internal body issues, Apple Cider Vinegar can also treat varied external ailments. It is one of the best remedies to combat against dandruff. The pH of the scalp is altered by the acidic property of Apple Cider Vinegar which makes it impossible for the growth of yeast. Mix equal amounts of Apple Cider Vinegar and water in a spray bottle and spritz the solution on your scalp. Let the solution stay on the scalp for about 45 to 60 minutes. After this, wash it off with clean water. Follow this procedure 2 to 3 times a week and your hair will be free from dandruff. 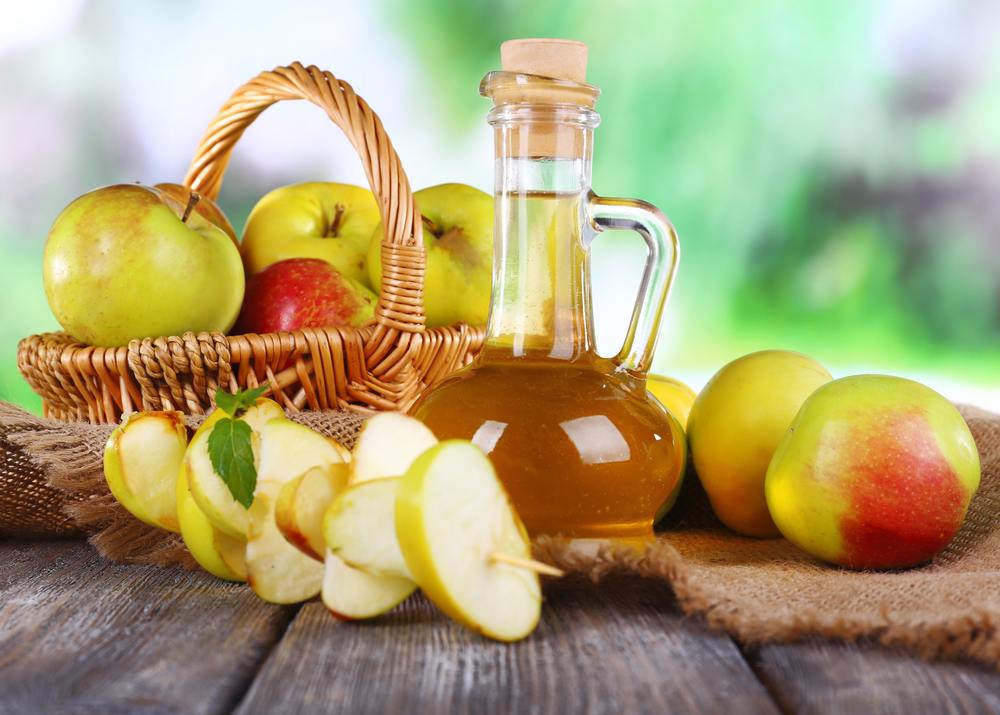 Apple Cider Vinegar has a pungent taste. It can be very easily incorporated in the daily routine. Using Apple Cider Vinegar without diluting, can irritate the esophagus and erode the tooth enamel. Following the above-mentioned tips would help you against many commonly occurring ailments.

The most common cause of death today is by heart disease. Many biological factors can be attributed to this. Consumption of Apple Cider Vinegar reduces the risk of falling prey to the symptoms of heart disease.

Cancer is nothing but uncontrolled growth of cells. Apple Cider Vinegar has anti-cancer effects. Many studies and research proved that Apple Cider Vinegar can be used for treating the symptoms of tumors and cancer. Some studies on people in China showed decreased esophageal cancer who consumed ACV.

Apple Cider Vinegar not only kills bacteria but also pathogens. Traditionally, all kinds of Vinegar have been used for disinfecting, cleaning, treating lice nail fungus, ear infections, and warts. Vinegar was actually used as a wound cleaning agent for nearly 20 decades.

Vinegar was also used as a food preservative as it inhibits bacteria growth which is the main reason for spoiling food. Apple Cider Vinegar helps in preserving food naturally.

Diluted Apple Cider Vinegar has been a proved remedy for treating acne if applied directly on to the skin.

Dr. Sohil is a professional doctor and writer. He is passionate about natural remedies to promote wellness and create opportunities for people. To check out his best work, kindly visit www.howtocure.com.